Through the lens of injustice, my life has been a long and steady haul.  My grandparents fled eastern Europe to escape genocide, the specific eradication of their culture.  They arrived on Ellis Island with a burning desire to blend in, grateful to quietly dissolve into the melting pot of early 20th century America.  Like all immigrant groups they found assimilation a mixed bag.  Much loss for every gain.  But their white skin granted them privilege other groups did not receive.

They were probably clueless that the land they settled had been stolen from an indigenous culture subjected to the same genocide they barely escaped.  And that this same land granting them a sustainable livelihood as chicken farmers was cleared a few decades earlier with the blood and sweat of enslaved people.  These tragic undercurrents birthed me, a child of stunning and dubious privilege.  Two parent household with steady income, homes in decent neighborhoods with great libraries, parks, walk-able schools.  Education that tracked toward college, access to healthy food, expansive travel, leisure and recreation opportunities, you name it.

Realization about this privilege dawned slowly.  I was only five when Rosa Parks boarded that bus in Montgomery.  But in 1960, right after I turned ten, I read about her and the Civil Rights Act in my Weekly Reader.  I was raised in a politically uber-liberal household, lively dinner discussions focused on current events.  I was a regular reader of Time magazine and the LA Times.  Yet more privilege.  The civil rights riots—marchers, police, dogs, desegregation attempts, Ku Klux clan—played out in grainy black and white on a TV console that back dropped our comfortable suburban existence.  I was 15 when Malcolm X was assassinated, same year the Watts riots brought the issue right to our door step. In the long hot summer of 1967 the whole country was on fire. In the couple months right before I graduated high school, Martin Luther King and Robert Kennedy were assassinated in quick succession.  By summer’s end the Democratic convention had exploded in mayhem.

This childhood immersion delivered me to UCLA ripe for my latent activism to ignite.  I joined the ranks of the protestors, a seething mix of young people enraged about the Viet Nam war and the ongoing denial of basic human rights for African Americans and women.  I marched, I went on strike, I sat in.  I listened to speakers that ranged from the incredible intelligence of Angela Davis to utter raving lunatics.  This youthful engagement came to a head campaigning door-to-door for McGovern in 1972.  The election of Richard Nixon knocked the wind out of so many youthful sails. The promise and hope and passion of the 60s evaporated in 1972.

Disillusioned, I stashed my protest signs and got a job.  Got married.  Had children.  Led the good life my incredible privilege had ushered me into.  The reality of bad news never stopped, only the specifics changed: shit show politics world wide, racial injustice, ecological collapse, wealth inequality, police brutality, ERA stalled, global terrorism, white supremacy, unending wars, decaying leadership. Since those early activist days, the ceaseless erosion of unanswered rage has chiseled away at me.  How many decades of disappointment about injustice on so many levels can a human being bear?  I’m finding out.

In the last twenty years I’ve tried to make peace with how my action aligns with my values.  Over and again I remember that my current work is to hold space for people to get quiet and feel all that is authentically arising.  Trusting that if we feel the truth of what’s emerging we’ll make moves toward right action.  I’m seventy years old with a long past. These days when I get quiet enough to tap that long-simmering rage it fuels a clarity that tolerates what is unknown.  Joan Halifax invites us to

I’m listening to my children, grandchildren, young friends.  I’m witnessing the passion and potential of young people in the streets.  I, too, once felt the righteous power of gazing into a long future.  So against all odds, I have hope.  I see possibility, opportunity, truth. I have a faith and trust nurtured by the beauty and promise of our youth.  They are our future.

Radical uncertainty opens me to hope, but also leaves the door open to despair.  I have despair aplenty.  Despite the incredible privilege that renders all bad news listed above a personal inconvenience rather than a life-threatening emergency. No matter.  I still suffer.  You suffer.  Humans suffer. So I get quiet and feel that long-simmering despair and often what arises is the truth of our innate goodness, our kindness, our resilience. I stay with the uncomfortable feeling until it delivers (almost always) an abiding compassion for all beings suffering on this small planet.

I taught five classes last week and I did the same thing in each one.  I held space for us to get quiet.  Breathe.  Feel.  Stay.  Take a breath with me here.  Let in whatever you’ve been desperately breathing away.  Feel.  Stay.  Can we let in the image of George Floyd desperate for one more breath?  Breathe and feel and stay?  I believe we can.  I believe we have to.  Because that’s the first step to whatever’s next. 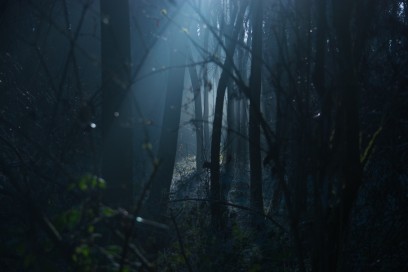 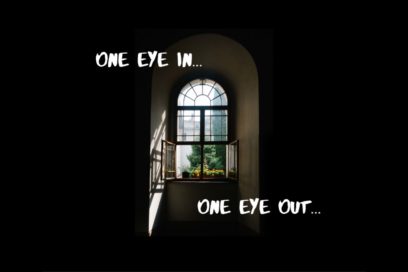 Sometimes I teach a class and sometimes that very class teaches me.  Well, actually, that’s… 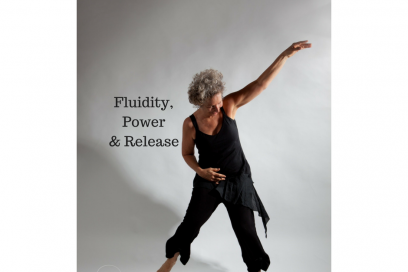