Gauging from your response to “no feeling is final”, many are afloat in the boat of despair.  Certainly a comfort to know we’re not alone, yet I’m in need of more than commiseration.  Among the many replies was one from my friend Carrie who shared an essay that went beyond misery loves company.  Martin Shaw is a mythologist, author, storyteller and general wise guy.  His musings lifted me considerably.  Highly recommended reading.  What follows is inspired by his cogent thoughts.

The title alone is gist for the mill:  We Are In the Underworld and We Haven’t Figured It Out Yet.  Shaw remarks that we’re confused since the Underworld looks very much like our current world.  “We still get to go on holiday, drink wine, watch beautiful sunsets.  We still pay insurance and kids go to college.  But there is something happening.  An unraveling.  A collapsing….”  This accounts for our collective and pervasive fear.  We just don’t know what’s next.

Not that we ever knew.  But my despair boat keeps docking on my experience as mom and grandma.  Surely past generations worried for the well-being of their offspring.   I could be way off, but when I compare (always a suspect act) my parenting experience with that of my own parent’s and grand-parent’s….well it seems like a different animal.  Maybe this is just a truth recycled every generation.   What do I know?  But it seemed that Mom and Pop had an overarching sense of hope for my future.  That the sacrifices they and their parents made over a lifetime—immigration, the Great Depression, World Wars—were delivering me to a better world, a life of unparalled opportunity.  And because I unconsciously took so much for granted, I bought into this story for a long time.

Even long enough to raise my own children to adulthood in the belief they would thrive.  They were barely out of the nest in 2000 when changes that had been happening for years reached a loud enough threshold to enter the public domain. Two decades later, in retrospect, I wonder why we took so long to pay attention.  Honestly?  We’re all still in relatively deep slumber.  See above about holidays and wine, sunsets and college. I’m a big fan of head-in-the-sand behavior.  But this irrational desire for hope—for my children’s future and for their children’s future—is eating away at me.  It’s a future I cannot even begin to imagine.

Well O.K.  I guess at this relatively late stage of the game, this is my work.  Apparently, it’s high time to forge another way to be with all this.  Toward the end of Shaw’s essay he relays an Irish myth about testing a new king’s worthiness.  The prospective sovereign is given a chariot harnessed to two horses.  Each animal is headed in polar opposite directions.  The new king must work with the tension between the two horses, not giving into either beast. Instead, forging a way to be with both.  A new way.  This, my friends, is such a fine metaphor for what we are being called to do.

Apparently I have a strong bully horse pulling me toward abject fear, simmering anger and grief overwhelming.  That flat line feeling, the paralysis from last newsletter…that’s what happens when bully horse takes the lead and rubs my nose in all that hard stuff.  It would be great if my other horse would actually pull in the opposite direction. Toward an open curiosity, promising awe, sparkling wonder.  But this other horse seems only intermittently onboard.  This makes no sense, given my wealth of incredible experience, rock solid evidence that ANYTHING is possible. My comfort level with being in the dark, with being alive in the presence of mystery, with breathing while NOT knowing—well, it was really bolstered through this last year of challenge.   The only thing we really know is that we absolutely DON’T know how things are going to play out.

First step might be to acknowledge feeling so pulled in one direction, so engulfed.  Get my head out of the sand and simply feel the hard stuff.  And then it might be helpful to feed this other horse.  Look for the pause.  Find beauty in its infinite form and drink it in.  Cultivate a sense of wonder.  Feel into possibility.  Delight in not knowing.  Surrender to the mystery.  And of course, move the body, surrender to practice. Because there’s no juicy part possible around forging a brand new way until Wonder Horse builds some stamina.

Isn’t it interesting how we go around the same block over and over?  This is not a new neighborhood.  I’m just touring it once again.  Maybe each time we travel around the block we deepen into the well worn path a bit more.  Forging new ways can take a lifetime.  Well, what else are we doing? 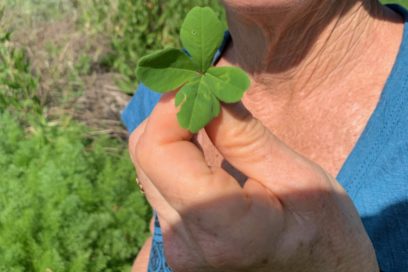 Leaning in.  Right?  That’s what’s called for.  Mostly I’m plunked down right in the discomfort,… 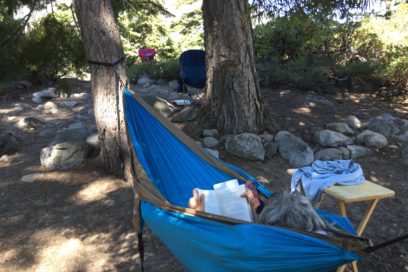 Except for suffering long heat spells, I adore summer.  I suppose even a hot streak… 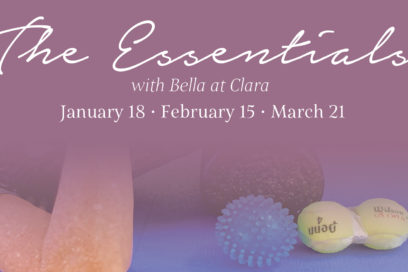